Back in time with Festival

The festivals (also nationally known as ‘Tshechu’)in Bhutan are very popular to the tourists and residents of the country. They are the most joyous and awaited occasions for round the year. Bhutanese come together wearing the best costumes and outfits to witness the Tshechu (festivals) that are performed in the courtyard of the Dzong (fortress), or temples by the clergy or laymen lasting from one to five days depending on the places.

The most popular festivals amongst the tourists in Bhutan are of Paro (around April), Punakha (around March), Thimphu (in September/October) and Bumthang – having several at different times. The two popular festivals are dromchoe, a religious festival dance dedicated to Yeshe Gonpo (Mahakala) or Palden Lhamo, the two main protective deities of the Drukpas and the tshechu dedicated to Guru Rinpoche, to commemorate his remarkable actions. Dancers wear spectacular costumes made of bright silk and rich brocade, ornate hats or masks which may represent animals, skulls, fearsome deities or the manifestation of Guru Rinpoche. Each festival dance has its own religious significance and interpretation.

It is strongly recommended that you combine you travel to Bhutan coinciding with one of the festivals. Because such times are very popular and highly in demand for the visitors, you will need to confirm and book your travel several months in advance. For your convenience, we recommend that you time travel with one of th festivals of Thimphu, Paro or Punakha. However, there are numerous festivals conducted at different times of the year across the country. We are certain to find one coincing or matching your travel dates if you let us know of your tentative schedule.

All about the Back in time with Festival.

The minimum daily package applicable per tourist per night halt in Bhutan for tourists travelling in a group of 3 people or more is as follows:

There shall be no charge other than visa fee of USD 40 for children below the age of 5 years.

There is no charge for delays in arrival and departure because of weather conditions disrupting flights or road blocks. The tourist must however bear the cost of food, accommodation, transportation, and other services required. It is highly recommended that you purchase travel insurance prior to travel.

(Note: airfares are subjected to change as per the notice by Druk Air and Bhutan Airlines)

This special package is offered to visitors to promote tourist visitation to the six eastern Districts of Bhutan so that tourists can experience and enjoy the various exciting places and activities that are largely unexplored in the Eastern part of the country. So, no SDF will be applicable for the tourists visiting the six eastern districts (Mongar, Samdrup Jongkhar, Lhuntse, Tashi Yangtse, Tashigang and Pemagatshel) with effect from 16th November 2017. Our local tour operators are  aware of this and they will arrange everything accordingly to make your visit to the Eastern part of Bhutan a memorable one. 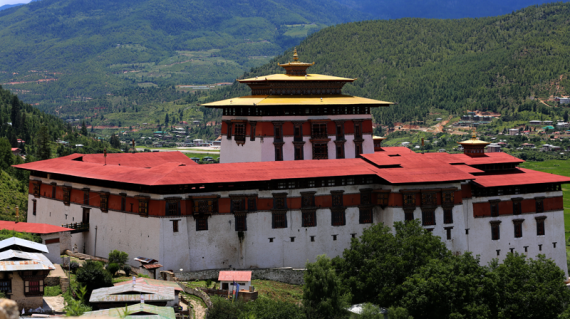 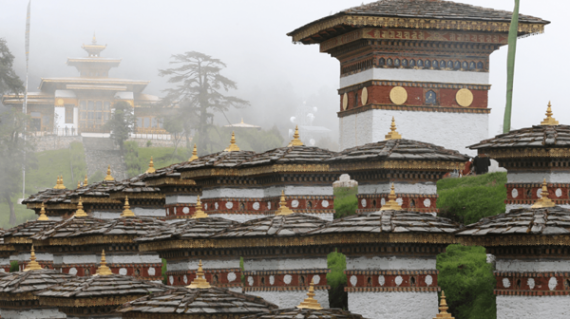 we hope to provide the ultimate best value for all our guests. We choose some of the finest hotels, offer free upgrades to make our visitors feel the most welcomed and well-taken care of while traveling in Bhutan. We take pride in providing first class accommodations for our travelers.

A wide variety of accommodations are available ranging from luxurious 5-star hotels to cozy little hotels, homestays in traditional Bhutanese homes to camping under the stars. Visitors can be assured of comfort, ambiance and hospitality.

The types of accommodations can be divided into:

Hotels in Bhutan are rated according to a National 5 Star rating System. All Tour Operators are required to provide their guests with Government Categorized Hotels and Resorts, a minimum of 3 Star accommodations so you can be assured of your comfort. Most hotels provide their guests with Basic Necessities, Room Service, Free Wi-fi, Television and some of them also have Fitness Centers and Spas.

Visitors also have the option of spending a night in a traditional Bhutanese Farm House with a Bhutanese family. Agriculture is still one of the major sources of livelihood among the Bhutanese people and a farm-stay will give you an excellent glimpse into the day-to-day life of a typical Bhutanese family. You’ll be able to observe age old Bhutanese farming traditions as the family goes about its daily tasks. You’ll enjoy delicious home-cooked meals and the unparalleled hospitality of a Bhutanese host.

There’s nothing like camping in some of the most breath taking landscapes of Bhutan. Visitors embarking on long treks will be provided with tents and whatever other camping equipment is deemed necessary. Regardless of where you stay, visitors can be assured of their comfort and traditional Bhutanese hospitality.

Bhutan is a small, landlocked nation located in the eastern Himalayas between India and China. Its landscape ranges from subtropical plains and forests in the South to subalpine forests and snowy mountains in the North. Bhutan is a predominantly Buddhist country and is known as the last stronghold of Mahayana Buddhism.

There are a number of airports where you can fly into Bhutan from (Bangkok,Delhi, Kolkata, Bagdogra, Bodh Gaya, Dhaka, Kathmandu, Guwahati, Singapore and Mumbai.).  At present two carriers operate to Bhutan, Drukair and Bhutan Airlines. Also, there are three land border crossings which you can travel into the kingdom overland.  All crossings are along the Indian border only – Phuentsholing, Gelephu and Samdrup Jongkhar.  All travel arrangements to Bhutan must be made through a local tour operator. A list of tour companies operating in Bhutan is available on this website. Your selected tour operator will make all the necessary arrangements.

There is no limit on the number of tourists admitted into the country each year. In order to protect our culture, traditions and natural environment the government has adopted a strict policy of “High Value, Low Impact Tourism”. This policy is aimed at attracting discerning tourists that will respect the unique culture and values of the Bhutanese people while also providing the visitors with an unforgettable one of a kind experience.

The most distinctive characteristic of Bhutanese cuisine is its spiciness. Chillis are an essential part of nearly every dish and are considered so important that most Bhutanese people would not enjoy a meal that was not spicy.
Rice forms the main body of most Bhutanese meals. It is accompanied by one or two side dishes consisting of meat or vegetables. Pork, beef and chicken are the meats that are eaten most often.  A wide selection of western and Indian food is also available in many of the restaurants around the country.

Wear whatever is comfortable. It is recommended to have a sturdy pair of broken-in trail shoes, boots, or sneakers. It is preferable to dress in layers and wear clothing that will wick away perspiration and keep you dry and comfortable.

Not much, remember our trips are all inclusive. We do suggest you bring appropriate clothing to fit the season and a day pack to carry extra snacks and water.

All International tourists wishing to enter Bhutan require a visa which must be pre-arranged through a license Bhutanese Tour Operator or one of their international partners.  Visa clearance must be obtained through your tour operator prior to travel.  For Indian passport (or VIC) holders, Bangladeshi nationals and persons from the Maldives may obtain a visa on entry.

You must call 72 hours ahead of your scheduled tour for a full refund. Within 72 hours you will assess a $35 termination fee. There are no refunds for cancellations within 24 hours of your tour, or if you decide not to show up.

Yes. Reservations are required for guaranteed spots on all tours. Reservations help us determine the number of guides we need to ensure that our groups remain manageable and enjoyable, and they allow us to notify you of changes to the tour due to weather or anything that could disturb the tours.

International tourist visas a cost of USD $40 applies.  This can be paid in advance to you tour operator or travel agent.  For Indian passport (or VIC) holders, Bangladeshi nationals and persons from the Maldives there is no cost incurred.

The $200 per day (low season) and $250 per day (high season) package includes a minimum of 3 star accommodations, costs for food, an experienced guide and transportation (with driver) within the country.  Also included in the price is a $65 per day royalty that goes towards free education, free healthcare and poverty alleviation.  All of these services will be arranged by your tour operator. 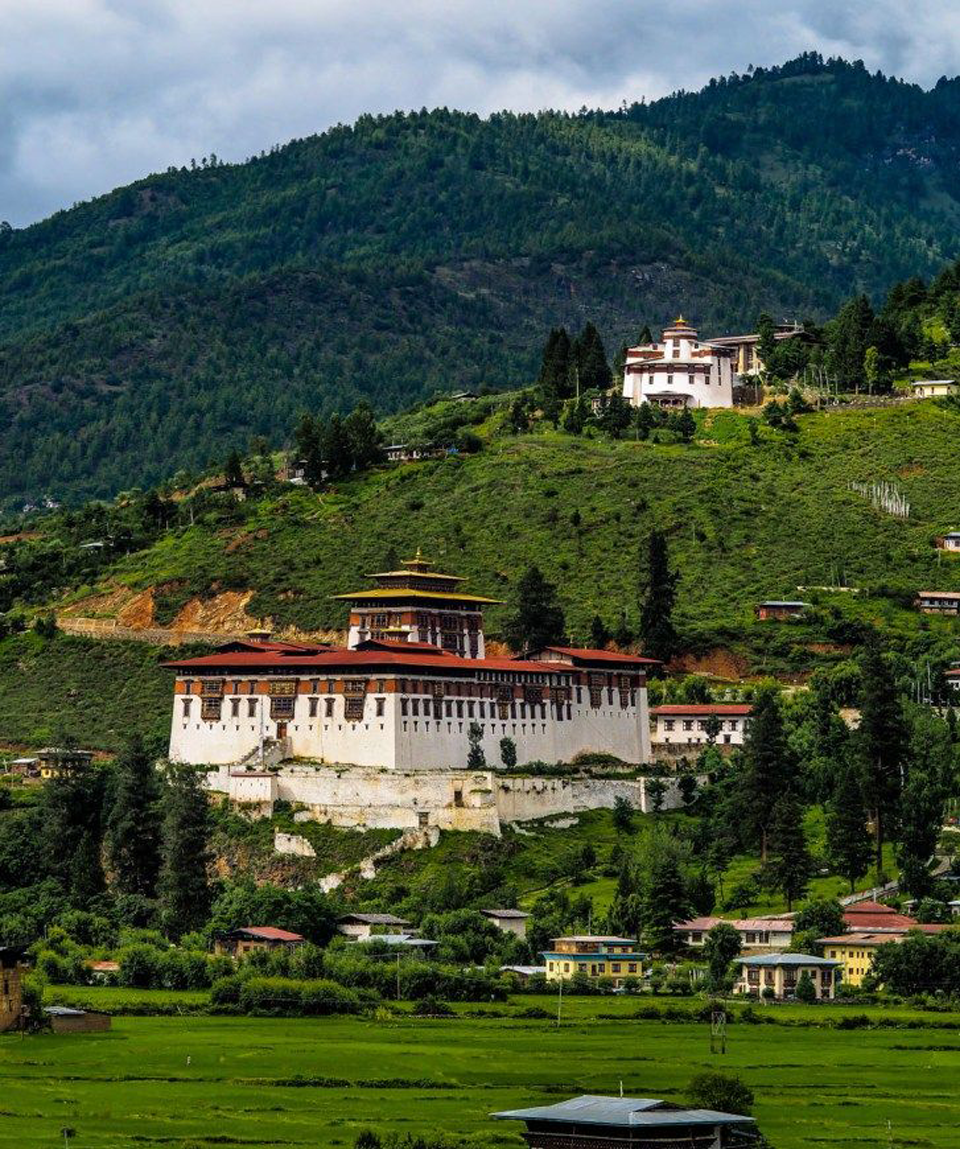 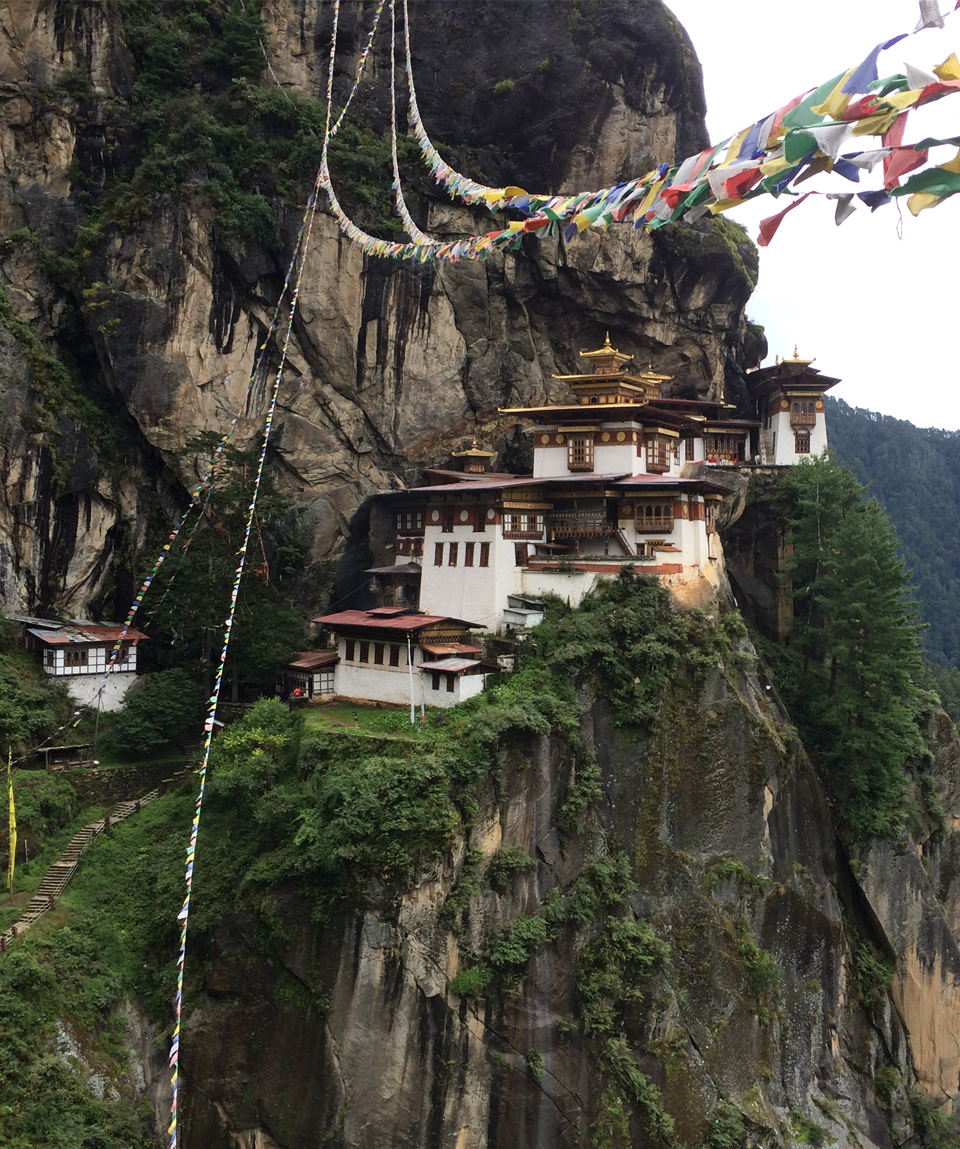 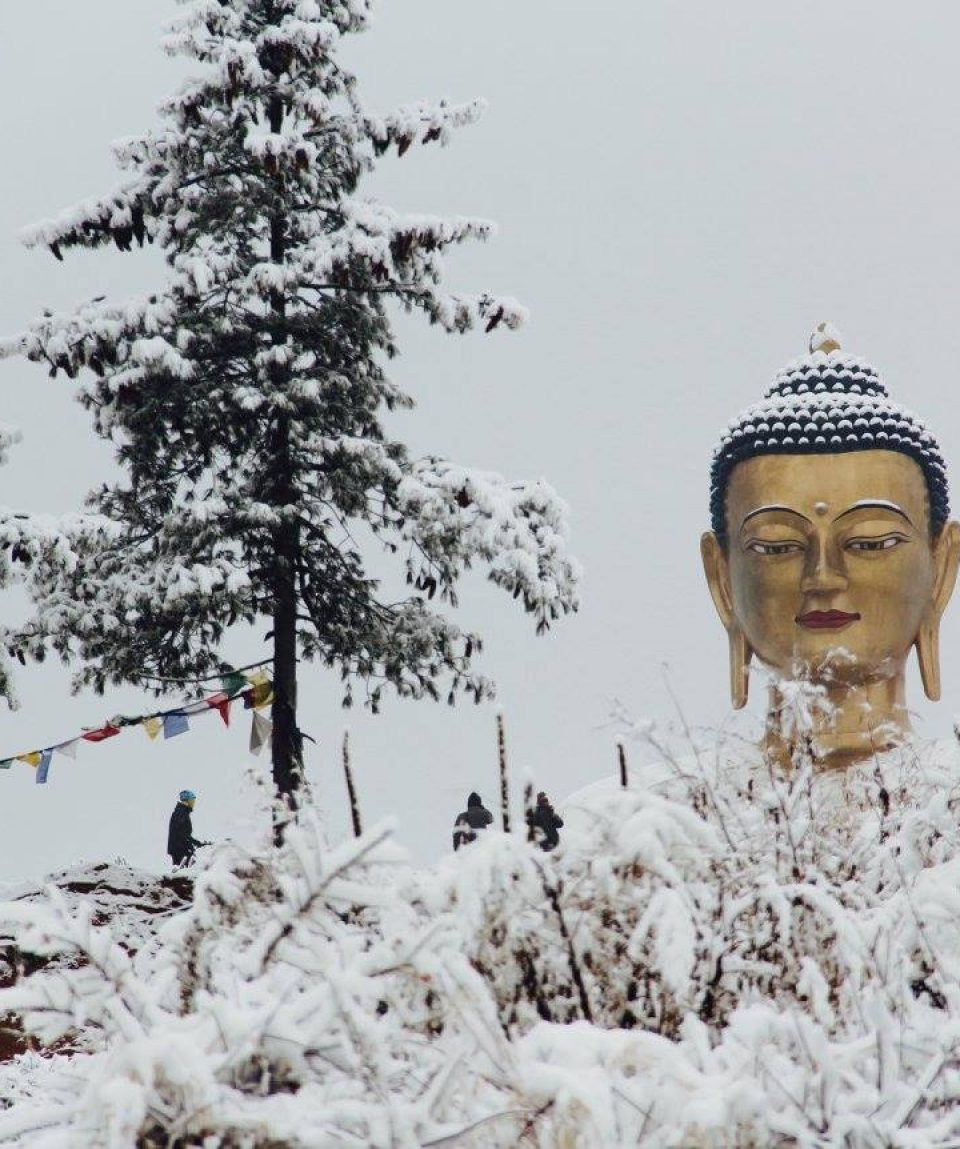 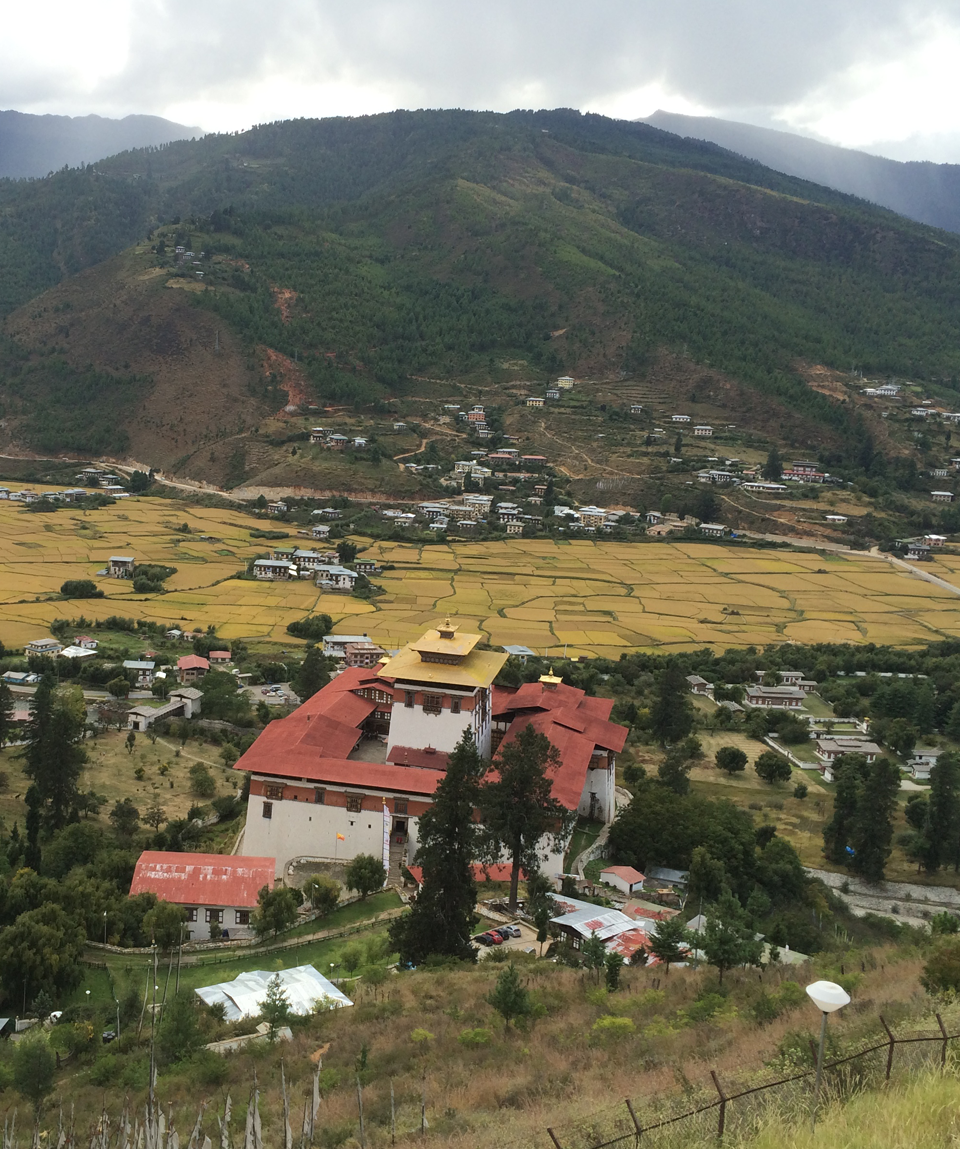